The UKDA are proud to announce in partnership with MAD darts, a unique playing opportunity for all registered UKDA Superleague players and MAD members.

We are offering our members the chance to play in the Modus Online Darts League against some of the world’s best amateur players.

There is the chance to perform live on TV if you make it through to the Champions Week after the group stages.

Each player will have the chance to play 5 Days/Nights of Online Darts and the chance to earn money along the way as well as increasing their own personal darting CV.

Players will have to be free to travel to the venue in Southampton and play on the dates below.

Please make sure if you qualify, Your available for the Champions week.

Qualifying periods for the highest averages from UKDA Superleague will be one week for each place that’s available.

The dates are below for each place.

You will need to be a registered MAD member 24hrs before you play your Superleague game. If you are not a registered member, your averages will not be considered.

It will be the responsibility of the players to forward on their averages from there Superleague games. We will require the full game stats for verification reasons. These will be emailed to tony.martin@ukdartsassociation.com

UKDA Players Director Tony Martin said ahead of the announcement ‘I am very happy to see the chances being given to the committed UKDA Superleague players within our system by MAD. There are many players within the system that play Superleague and not National League, so this really gives the chance to every one of our members providing they are also a MAD member.’

You can join MAD via this link Modern Amateur Darts – Registration (maddarts.tv) 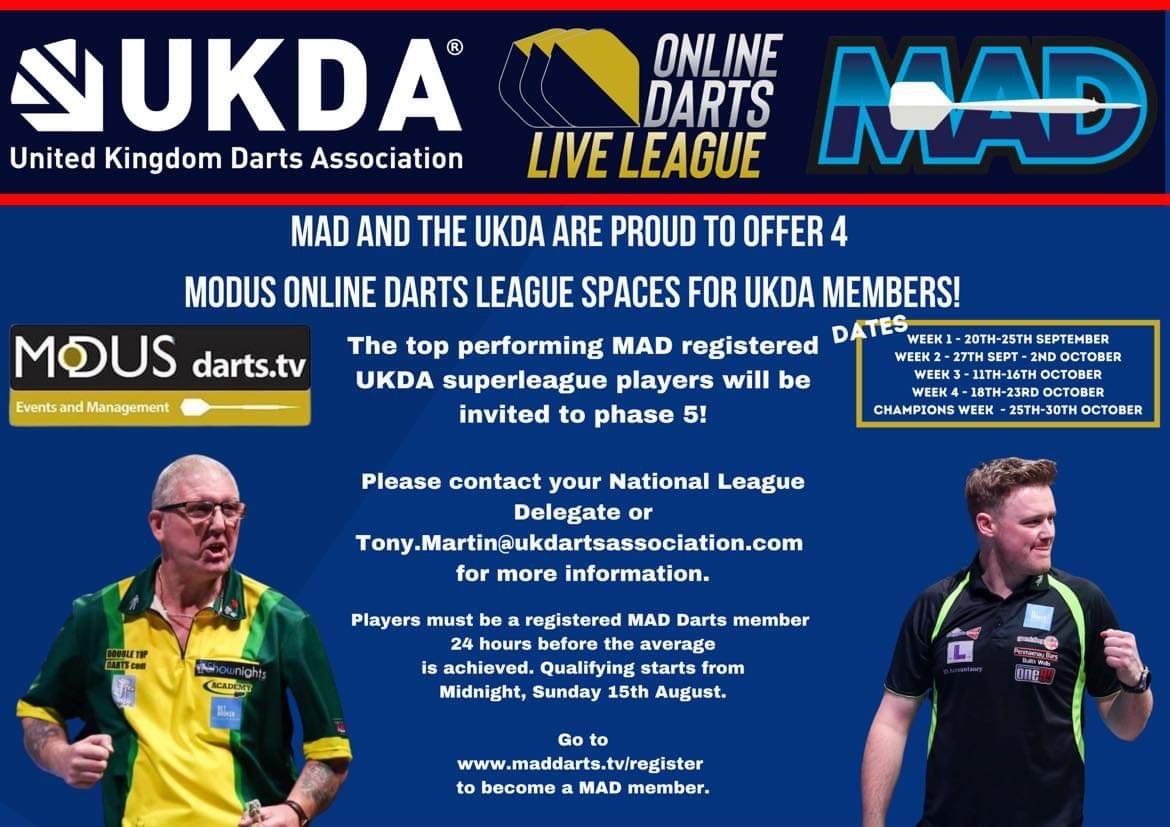 25% off Team Shirts, 25% off Personalisation and FREE delivery!